This ’64 Chevy Corvette was an original, one-owner car, it still had the original, numbers-matching 327 small-block and factory driveline with 197,000 miles. Equally as amazing, the car had never suffered any body damage, only the frame was replaced at some point due to rust. Despite the fact that the C2 still had all its […] 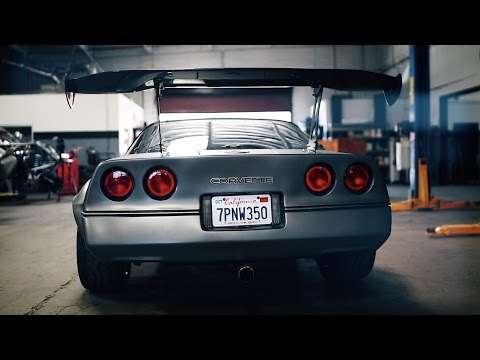 This ’72 Chevy Corvette was commissioned by a client from the Netherlands and the goal was to bring a C3 into the 21st century, with modern amenities and European styling cues. The Corvette was named Menace because the owner’s name is Dennis. Unveiled at SEMA 2017. This restomod project began in the customer’s garage, but […]

High quality restoration of a 1963 Chevy Corvette C2. Subscribe for new videos! http://bit.ly/2nFw0JF Roadster Shop is known for turning out some pretty wicked builds, from the 1965 Ford Mustand “Vapor” (http://bit.ly/2tpa5dA) to the ColoRADo SEMA superstar (http://bit.ly/2rN24lP). The firm is making news once again, this time with a souped-up, 1963 Chevrolet Corvette. This custom […]