The guys over at Classic Car Studio transformed this tired old farm truck into a tire-shredding torque monster! This 1970 Ford F-100 started out as most truck projects do: unloved and in dire need of help. Watch as the team at Classic Car Studio give this truck a new life. -Specs: Engine: Jon Kaase Boss […]

The owner of this ’65 Mustang Fastback found his project as a restored and professionally modified California example. He brought the car home and started doing a few mods. Ultimately, the paint bugged him but a simple re-spray wouldn’t suffice; he wanted to know the car was right all the way to its bones. That […]

A custom build & restoration project of a 1931 Ford Model A Sedan. Subscribe for more videos: http://bit.ly/2nFw0JF Big thanks to Mason Mattocks for submitting his project to our channel. If you would like your project featured on our channel, please leave a comment. -Specs: Chevy 350 T56 six speed transmission Four wheel disc brakes […] 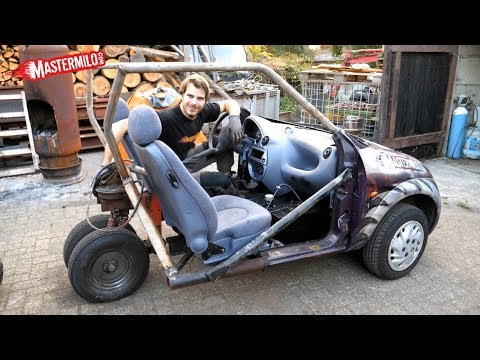 This ’65 Mustang project began as a bland and slightly disheveled Fastback. The plan would be a nicely refined ’65 utilizing an RS full FAST TRACK IRS chassis and Ford 5.0 ‘Aluminator’ motor coupled to a Tremec T-56, some subtle styling tweaks, modern interior refinements and materials combined with the new underpinnings should make for […]